Bioprinted Tumor May Lead to Breakthroughs in Brain Cancer Treatment 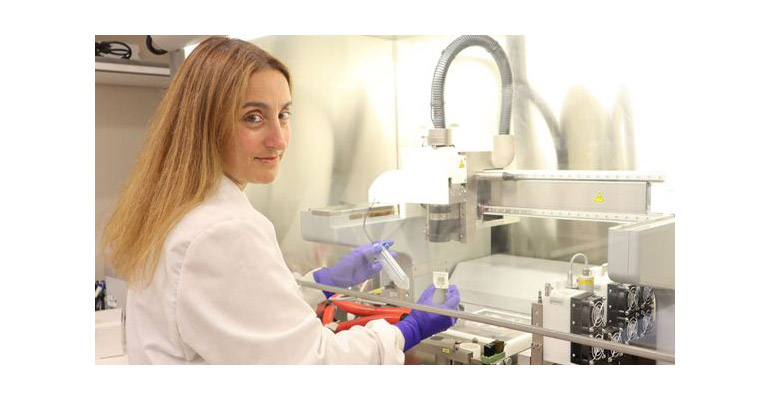 Researchers at Tel Aviv University (TAU) have 3D-printed a first-of-its-kind glioblastoma tumor that mimics a living cancer malignancy. The 3D-printed model may facilitate new treatments for this deadly cancer, which spreads quickly and erratically, making it difficult to treat using existing medical techniques. New drugs also could result in better patient outcomes, but lab-based drug development is time-consuming and doesn’t show how a treatment will work in an individual patient’s body. It’s believed that the fully functioning 3D model of a glioblastoma tumor created by researchers could offer new insights into effective treatment options and accelerate drug development.

Glioblastoma accounts for the majority of brain tumors and is highly aggressive — the average survival time of patients is 14 to 15 months from diagnosis. The 3D-printed model provides “unprecedented access to 3D tumors that better imitate the clinical scenario, enabling optimal investigation,” said lead researcher Prof. Ronit Satchi-Fainaro of the Sackler Faculty of Medicine, the Sagol School of Neuroscience, and the Director of the Morris Kahn 3D-BioPrinting for Cancer Research Initiative at TAU. “Cancer, like all tissues, behaves very differently in a petri dish or test tube than it does in the human body. Approximately 90% of all experimental drugs fail in clinical trials because the success achieved in the lab is not reproduced in patients.”

By taking a sample from a patient’s tumor along with surrounding tissues, researchers can bioprint 100 “tiny” tumors and test different drugs in various combinations to discover the optimal treatment for that specific tumor, explained Satchi-Fainaro in a news released posted on the TAU website. “Alternately, we can test numerous compounds on a 3D-bioprinted tumor and decide which is most promising for further development and investment as a potential drug.”

The breakthrough also allows identification of proteins and genes in cancer cells that can serve as new targets for drugs, a particularly difficult task when dealing with a tumor inside the brain of a living being, said the news release. For example, the researchers were able to use this technology to target a specific protein mechanism they had previously identified that causes the immune system to help glioblastoma spread, rather than attack deadly cancer cells. The experiment succeeded in delaying the growth and blocking the invasion of glioblastoma.

According to Satchi-Fainaro, this innovative approach will not only enable the discovery of new drug targets, but also enable the development of new drugs at a much faster rate than today. She hopes that in the future this technology will facilitate personalized medicine for patients.

The research has been published in the journal Science Advances.