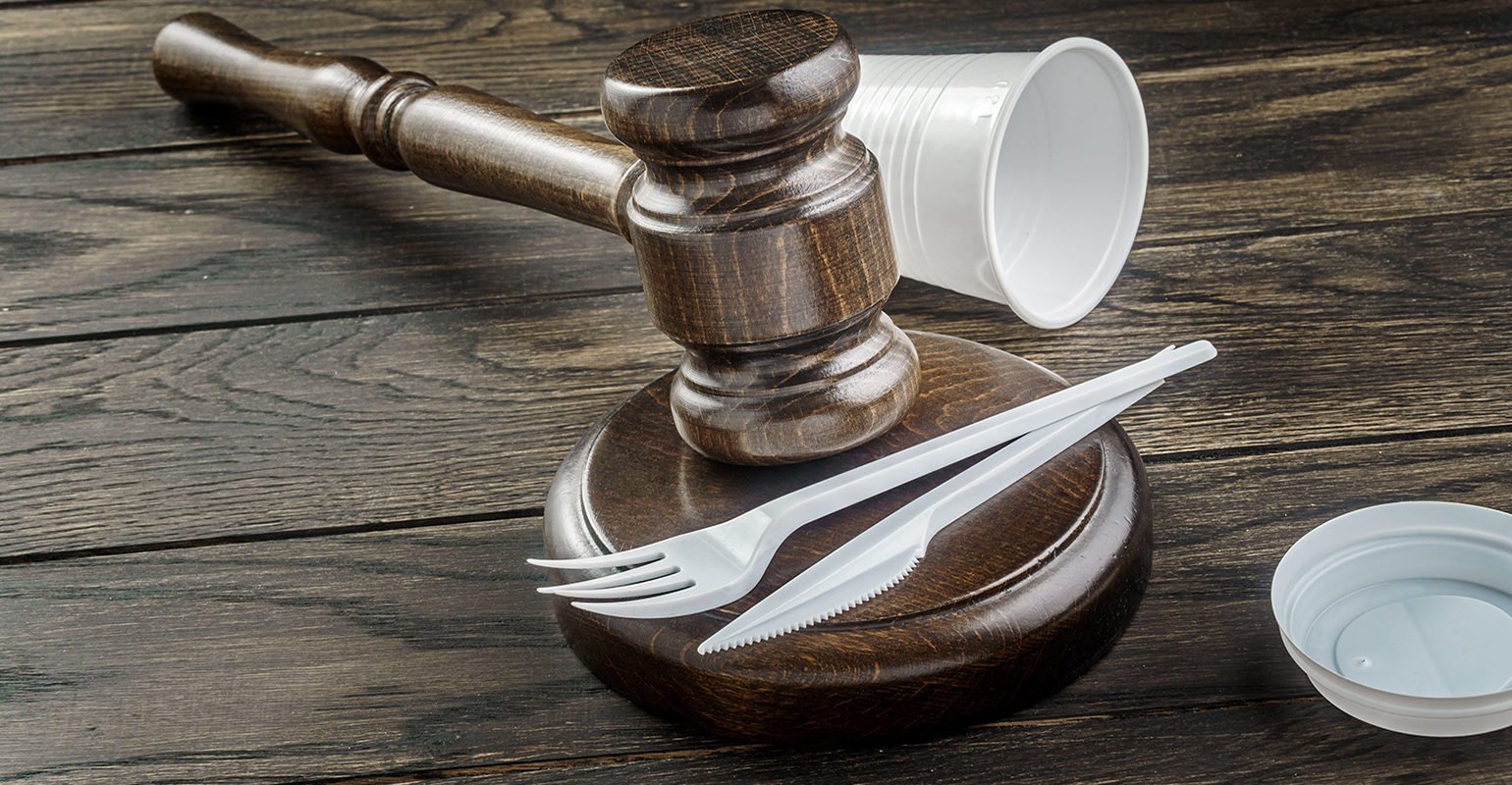 The plastics industry is mixed in its review of California’s single-use plastics packaging bill that was signed Thursday by Gov. Gavin Newsom and led to the withdrawal of a harsher ballot initiative.

Senate Bill 54 requires that all packaging in the state be recyclable or compostable by 2032 and reduces plastics packaging and foodware by 25% in 10 years. The law also requires a phased approach to recycling single-use plastic packaging, the goals being at least:

“Our kids deserve a future free of plastic waste and all its dangerous impacts, everything from clogging our oceans to killing animals — contaminating the air we breathe, the water we drink, and the food we eat,” Newsom said. “No more. California won’t tolerate plastic waste that’s filling our waterways and making it harder to breathe. We’re holding polluters responsible and cutting plastics at the source.”

The new law — negotiated by environmentalists, the plastics industry, and lawmakers — is a compromise that led to the withdrawal of the California Plastic Waste Reduction Regulations Initiative. The ballot initiative would have required plastics producers to:

“Negotiating SB 54 over the last 18 months has not been an easy process,” said Joshua Baca, Vice President of Plastics at the American Chemistry Council (ACC). “We appreciate the hard work of Senator Ben Allen and his staff to get us to this resolution. The law is not perfect . . . . However, SB 54 is a better outcome than the withdrawn anti-plastics ballot initiative. Had that initiative passed it would have cost Californians an estimated $9 billion dollars annually but only (invested) approximately 30% of that to improve recycling in the state.”

Next on the agenda for the ACC, he continued, is to “focus on working with lawmakers, regulators, and other stakeholders to help ensure the implementation of SB 54 matches its intent: Eliminating plastic waste and improving plastics circularity, while minimizing costs on Californians . . . . We believe plastics belong in our economy in a sustainable manner and out of the environment by accelerating circularity.”

“The Plastics Industry Association (PLASTICS) is disappointed that, in the end, we cannot support today’s signed version of Senate Bill 54. The plastics industry remained dedicated to a final compromise bill that we could get behind, supportive of a circular approach to eliminating plastic waste, which we, unfortunately, do not feel this bill accomplishes. However, Senate Bill 54 presents opportunities to continue to work to solve the recycling issues in the state of California in a way that a ballot initiative would not.

“We will continue to advocate on behalf of our members, their customers, and stress the value that plastics provides to the businesses and citizens of California. Working with policymakers and other stakeholders, I’m hopeful we will ultimately reach environmental solutions for California. The plastics  industry is committed to product design, technology, and manufacturing with a focus on sustainable products, designed for recycling and sustainability.”

Allen (D-Santa Monica), author of the legislation, explained that “in this time of extreme polarization in our nation, California was able to show that we can pass strong environmental legislation with bipartisan support that brought together the environmental and business communities. I’m so grateful to the ballot measure proponents who helped to force this issue, the many advocates who worked so hard through the negotiations, and the governor, legislators, and staff who recognized the need for action.”