Digitalization was a unifying theme of K 2022. (Photo: Messe Duesseldorf/ctillmann)

Industry 4.0 … digitalization … industrial internet of things (IIoT) … smart factories – for some people, the constant background buzz of such terms may bring on an attack of MEGO (My Eyes Glaze Over). But make no mistake: This is the sound of the future of manufacturing in advanced industrialized countries.

That message was brought home at the recently concluded K 2022 plastics fair in Düsseldorf, attended by 176,000 visitors over eight days. As previously reported, the number one theme of the show was sustainability and the circular economy. But the second key theme was “digitalization,” a somewhat clunky term popularized in Europe, which covers a multitude of concepts that can be simplified to one – automated data transfer between smart devices, machines, ERP/MES computers, cloud databases, and human interface devices (phones, tablets, computer screens). The primary enabling technology today is a “universal” open standard communication protocol, known as OPC-UA. 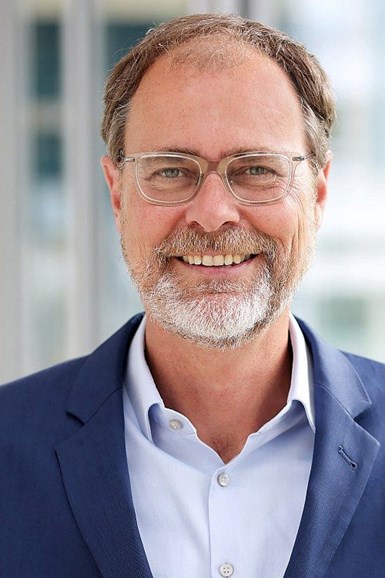 According to Thorsten Kühmann, managing director of VDMA, the German Plastics and Rubber Machinery Association, “The most important factor is for all machines to speak the same language.” To demonstrate the value that provides, he said, “Here at the K, some 40 companies from eight countries are participating in an OPC-UA demonstration project. To do so, they have selected a total of 85 machines at their respective hall locations. Each of these machines has an OPE-UA logo and a QR code that visitors can scan with their smartphones. They are taken to the UMATI internet platform, where they can see live data from the respective machine.”

UMATI, or Universal Machine Technology Interface, is a community of the machine building industries and their customers for the promotion and adoption of open, standardized interfaces based on OPC-UA (umati.org).

Kühmann added that VDMA (vdma.org) had installed at K a large dashboard where visitors could navigate to each individual connected machine to see what defined data it provided.

Bottom line: The world of universal standard open interfaces is steadily expanding. I would guess that OPC-UA is either standard or a standard option on most of the new equipment available today. If data integration and/or substantial automation is on the horizon for your plant, you should look for OPC-UA in your future hardware purchases.