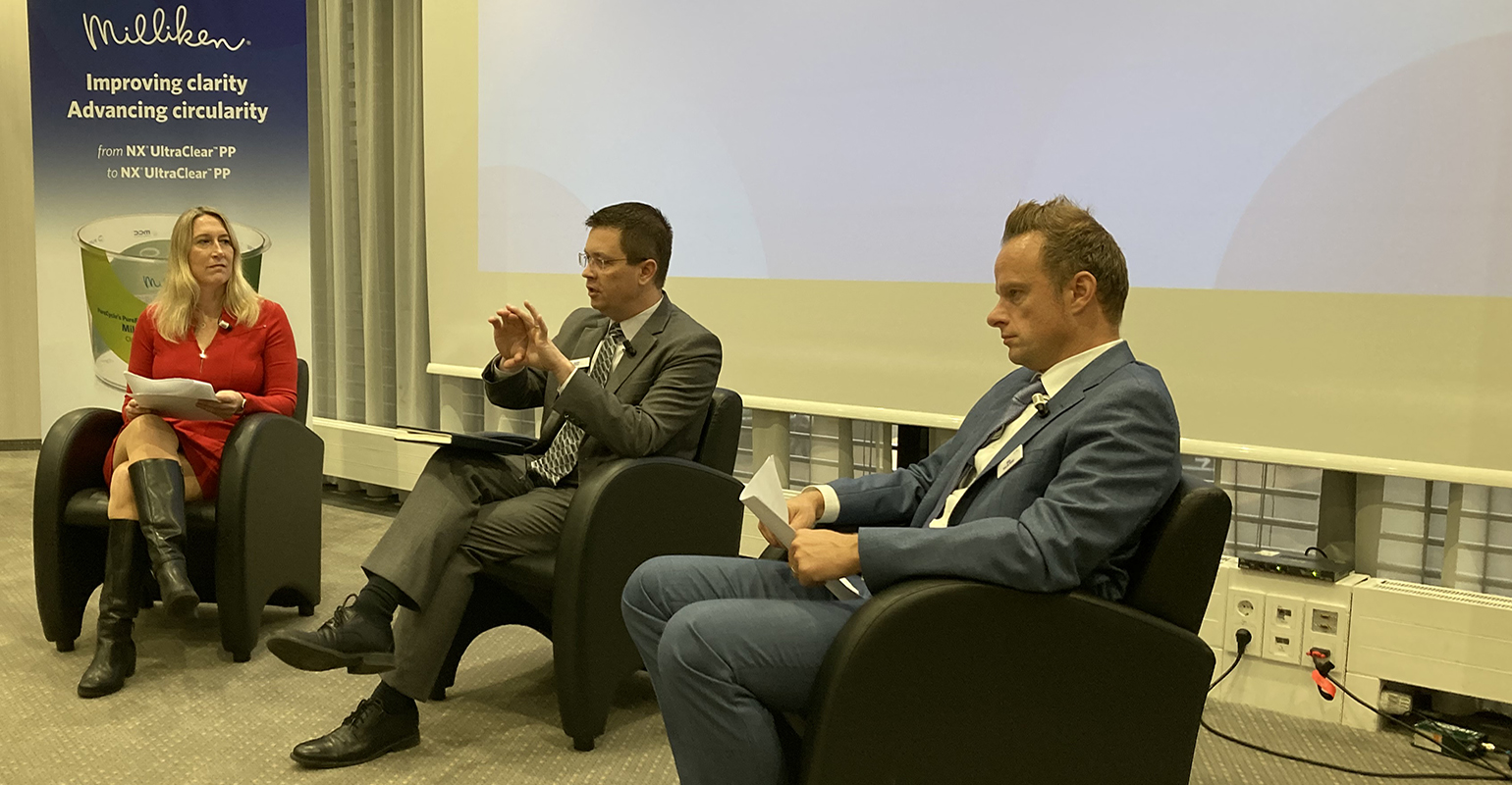 PureCycle Technologies announced today at K 2022 that its longstanding partnership with Milliken has achieved a new milestone with the development of what it calls the first fully sustainable polypropylene (PP) concentrate on the market.

“Typically, plastics contain 2 to 3% additives,” said PureCycle Technologies CEO Dustin Olson during a press conference at the trade show in Düsseldorf, Germany. “This product achieves full circularity, even with additives, thanks to the PureCycle process,” he noted. Also, when used in combination with PureCycle’s recycled PP, the concentrate has a carbon footprint that is approximately 35% lower than virgin PP, said Olson.

The PureCycle process doesn’t fall neatly into either of the current recycling buckets. It’s neither purely mechanical, nor is it chemical recycling, because no de-polymerization is involved. Olson put it this way: “We basically dry clean the molecule.”

Invented by P&G, the PureCycle process essentially removes all contaminants from waste PP such that the end result is a material that is akin to virgin PP. The technology, incidentally, puts PureCycle in regulatory purgatory, which can be problematic from a legislative perspective, Olson noted as an aside. Be that as it may, it has allowed PureCycle to develop a new concentrate that fully realizes circularity.

Product samples will be made available near the beginning of the year in North America and Europe, with commercialization to follow.

During the course of the press conference, Olson also discussed some of PureCycle’s priorities heading into 2023:

K 2022 runs through Oct. 26 at Messe Düsseldorf in Düsseldorf, Germany.