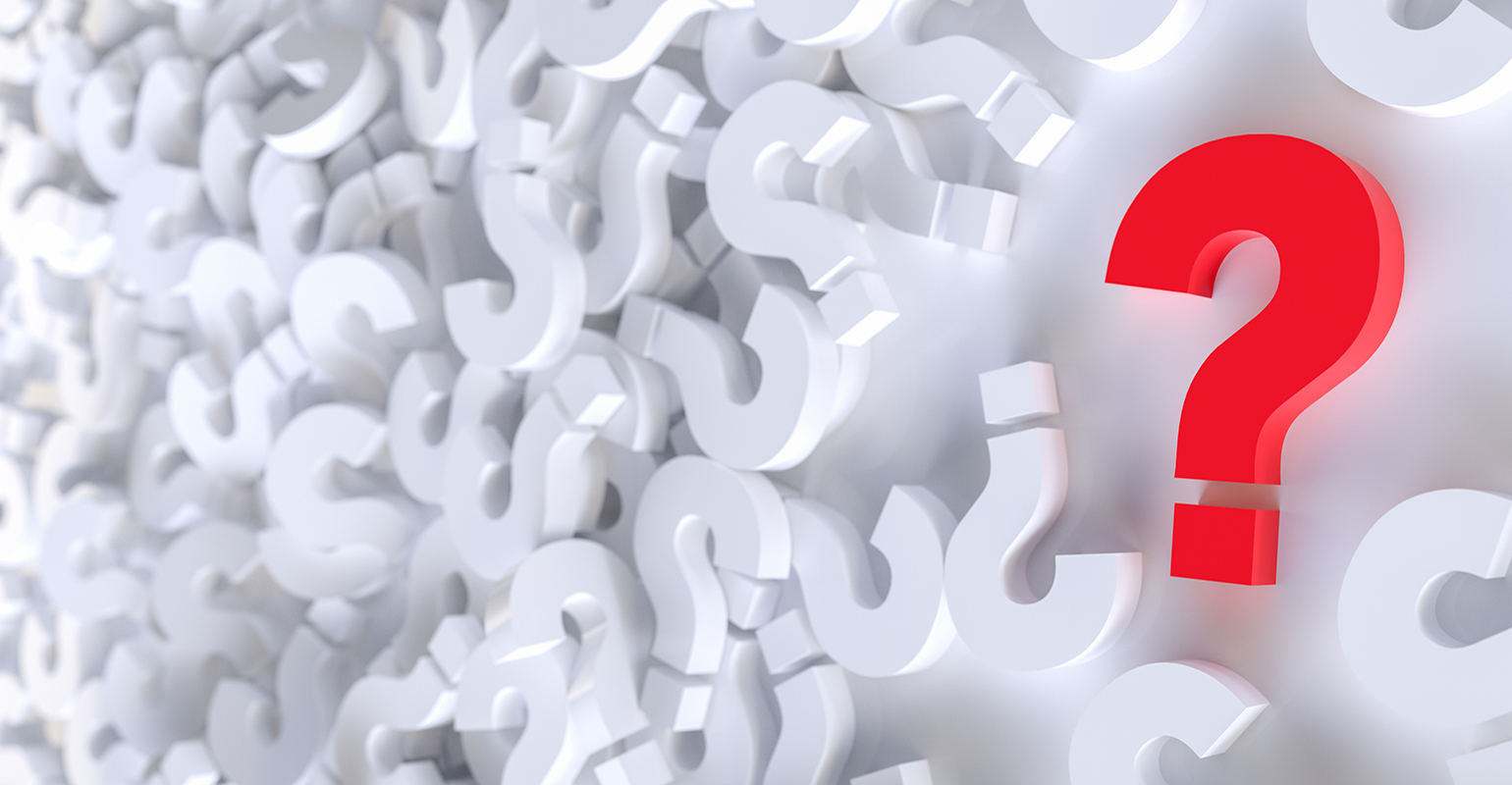 For nearly two years, PlasticsToday has followed the trials and tribulations of advanced recycling technologies — the good (what little there is), the bad, and the ugly. On July 29, Reuters released a report on this same topic that doesn’t contain much that is new; rather, it covers the ongoing problem of companies that have been making promises to solve the plastic waste challenges for the past decade (or longer), and noting their failure to fulfill those promises.

The report begins by calling out Renewlogy, founded by Priyanka Bakaya, who has made several attempts to find a solution to plastic waste through her pyrolysis process. The Salt Lake City facility contracted with Boise, ID, to take hard-to-recycle plastic waste through Dow’s orange Hefty Energy Bag program and turn it into fuel. It didn’t turn out that way. The Salt Lake facility never got up and running, and Boise found itself renting warehouse space to store the collected orange bags until the city finally began sending the orange bags to a cement kiln to burn for energy.

Reuters reached out to Bakaya and she emailed them a response claiming that the program didn’t work because the plastic recyclate was “contaminated with other garbage at 10 times the level it was told to expect.”

Dirty recyclate is a major problem with advanced recycling. Like mechanical recycling, advanced recycling needs clean recyclate free of contamination in order to produce the quality of product that customers of these fuels and base chemicals need for their processes and products.

To produce its report, Reuters said it examined 30 projects by two-dozen advanced recycling companies across three continents and interviewed more than 40 people with direct knowledge of this industry. What Reuters found was not surprising: “Most of those endeavors are agreements between small advanced recycling firms and big oil and chemicals companies or consumer brands, including ExxonMobil Corp., Royal Dutch Shell Plc, and Procter & Gamble Co (P&G). All are still operating on a modest scale or have closed down, and more than half are years behind schedule on previously announced commercial plans,” said Reuters.

I can add one more to the list. Loop Industries, which PlasticsToday has followed for several years, announced on Aug. 2, 2021, that it has closed on the $56.5 million deal with SK Global Chemical Co. Ltd. The South Korean firm will purchase treasury common shares of Loop Industries at $12 per share. SKGC now owns 10% of Loop’s common shares. The agreement, first announced on June 23, intends to accelerate the commercialization of Loop’s technology throughout Asia to supply global CPG brand companies with virgin-quality PET resin and polyester fiber made from 100% recycled material, starting with a first facility in Ulsan, South Korea. Preparation is expected to begin in 2022 to build a minimum of four facilities by 2030. Combined, these facilities are expected to process approximately 400,000 tons of PET and polyester fiber waste annually.

I’ve heard similar promises from a number of these advanced recycling startups over the past five years. We’ll be watching, but not holding our breath.

By the way, Renewlogy also built a plant in Halifax, Nova Scotia, in collaboration with Halifax Sustane. The PK Clean plastics-to-fuel plant was announced in the publication Canadian Plastics on May 9, 2017, and in Waste 360 on July 18, 2017, touting that the facility would be capable of producing 832,142 gallons of synthetic fuel annually. The facility was to be completed by December 2017 with the first fuel production output in early 2018. My last inquiries to Sustane as to whether the plant has been built and is operational went unanswered.

Bakaya also took a stab at getting Phoenix on board with Renewlogy’s technology. So far that hasn’t been realized, despite several announcements over the past two years.

“Pyrolysis has been tried before on plastic,” noted Reuters. “British oil giant BP Plc, German chemical maker BASF SE, and US oil company Texaco Inc. — now owned by Chevron Corp. — all separately dropped plans to scale up waste-to-fuel pyrolysis technologies more than 20 years ago due to technical and commercial problems.”

Reuters’ report concludes that the driver for these advanced recycling technologies is the pressure brought to bear on big companies and the passage of “polluter-pays” laws “that would shift the cost of waste collection from taxpayers to the companies that make the plastic we use.” It’s obvious that Reuters has it a bit wrong. If these laws were really about the polluter paying, then consumers, the people who run waste management companies, and municipalities that do not have good infrastructure in place should pay. They are the ones polluting, after all.

Producer-pays laws aren’t effective because the producers of plastic materials and the manufacturers that use plastics in the production of their goods are not responsible for what consumers do with the plastic packaging and products after the useful end of life.

PureCycle is also mentioned in the Reuters report, which notes that the company is one of three that it examined that has gone public. PureCycle went public through a special purchase acquisition company (SPAC), and “ended its first day of trading on March 18 with shares up 13% to $33, giving it a market capitalization of around $3.8 billion.”

It’s difficult to imagine a company having a market cap of nearly $4 billion with no product to sell, only promises of technology licensed from P&G capable of recycling polypropylene. P&G obviously didn’t want to carry this process forward itself; instead, it recently partnered with Eastman to use its molecular recycling technology to achieve its sustainability goals. It still claims that PureCycle offers another alternative to advanced recycling. P&G didn’t provide comment to the Reuters report.

Enerkem, which PlasticsToday has covered in the recent past, announced a joint venture with Royal Dutch Shell Plc in March 2019 with promises to produce bio-methanol fuel. A news announcement in December 2020 said that Shell Canada was buying a 40% interest in Enerkem to construct a C$875 million commercial-scale facility in Varennes, Quebec. Enerkem has been in this business since 2000 — more than two decades — and so far all the company has produced are promises.

According to Reuters, two sources “directly involved with the project” said that it was canceled late last year due to “uncertainly about the plants’ availability to secure a reliable waste supply and to turn a profit.” Enerkem, however, told Reuters that the “project was never canceled, rather ‘repurposed’ to focus on making jet fuel.” Shell told Reuters it will make a decision on further investment in this venture in 2022.

Like so many of these advanced technology companies, the one thing they seem to forget is that in spite of the “green” altruism they spout, the ultimate goal is to create profits.

Did you say “potentially”?

Many in the plastics industry push advanced recycling laws that some 14 US states have adopted to promote projects that promise to add jobs. Unfortunately, many never become a reality, nor will they ever be a viable solution to the plastic waste problem. Reuters notes that “at least four high-profile projects have been dropped or indefinitely delayed over the last two years because they weren’t commercially viable.”

The American Chemistry Council (ACC) is urging lawmakers to “ease regulations on and provide incentives to advanced recycling companies,” reported Reuters. That would be all well and good, if these projects were actually viable. Reuters reports that the ACC says “these technologies are game-changers because they could potentially process all types of plastic, eliminating expensive sorting and cleaning.” ACC Vice President of the plastics division Joshua Baca told Reuters: “The potential is enormous,” adding that the organization called on Congress to “develop a national strategy to reduce plastic waste, including ‘rapid scaling’ of advanced recycling.”

Those all sound like great ideas but there are those catch-words — potentially and potential — and therein lies the problem. In the advanced recycling business there’s no such thing as “rapid scaling” — many of these companies have been in the development phase of these technologies for nearly two decades and have yet to produce a gallon of anything. That doesn’t exactly warm the cockles of investors’ hearts, but it doesn’t seem to deter them, either.