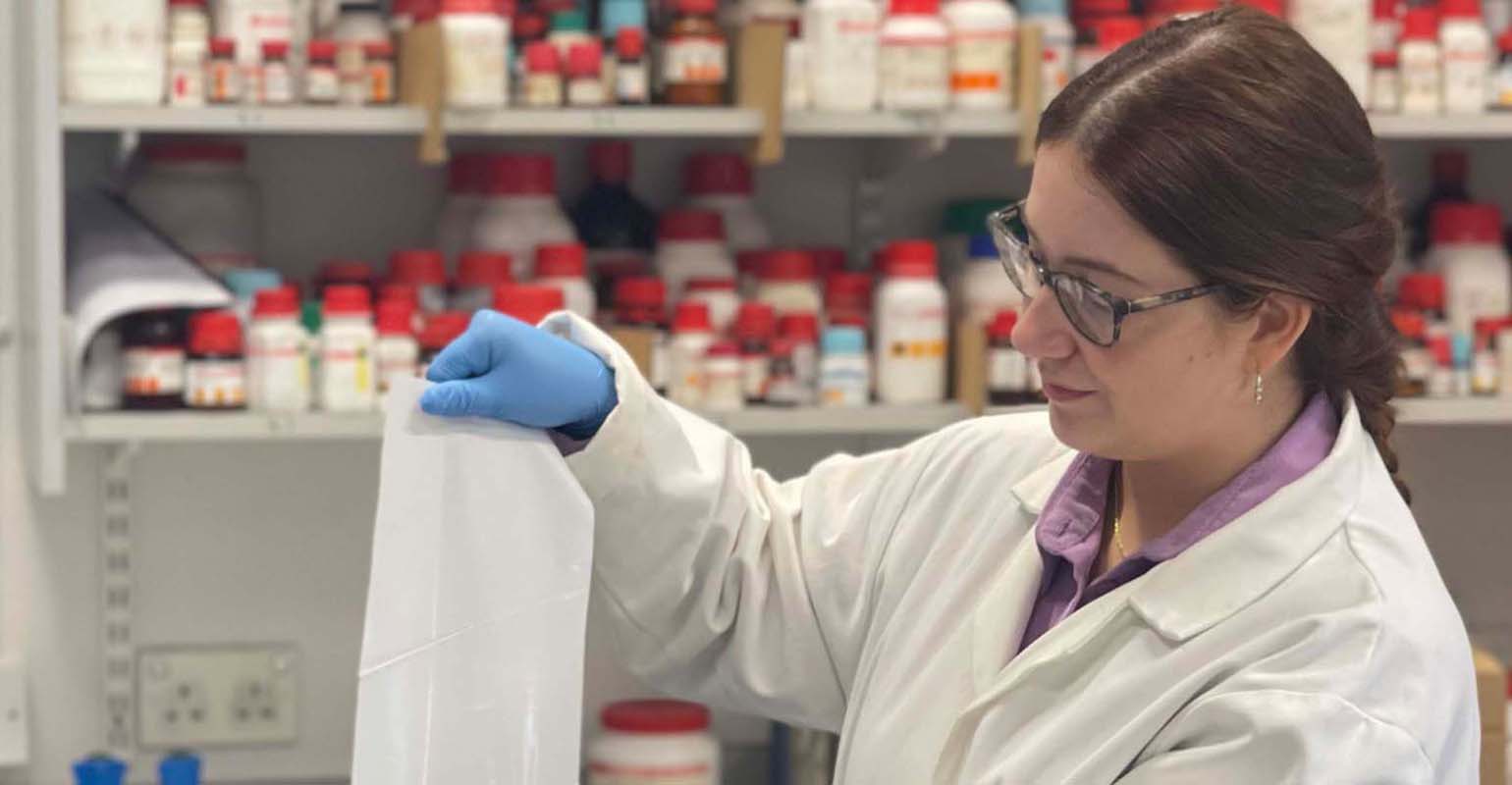 A self-sterilizing low-density polyethylene (LDPE) film containing nanoparticles of titanium dioxide kills viruses, such as COVID-19, when exposed to an ordinary light source. The first-of-its-kind material costs little to produce, can be easily scaled, and could be used for disposable aprons, tablecloths, and curtains in hospitals.

The thin coating absorbs UV light and produces reactive oxygen species (ROS), which kill viruses, said researchers at Queen’s University Belfast. The technology used to create the film also ensures it is degradable, unlike the current disposable plastic films it would replace, added the scientists.

They claim that the breakthrough could lead to a significant reduction in the transmission of viruses in healthcare environments. “This film could replace many of the disposable plastic films used in the healthcare industry, as it has the added value of being self-sterilizing at no real extra cost,” said Professor Andrew Mills. “Through rigorous testing we have found that it is effective at killing viruses with just room light — this is the first time that anything like this has been developed and we hope that it will be a huge benefit to society.”

Other applications where extruded plastic film is used, such as food production, may also benefit, according to the researchers.

The self-sterilizing plastic film was tested for anti-viral activity against four different viruses — two strains of influenza A virus, a highly-stable picornavirus called EMCV, and SARS2. The film was exposed either to UVA radiation or light from a cool white light fluorescent lamp. The researchers found that the film is effective at killing all of the viruses, even in a room lit with just white fluorescent tubes.

In controlled laboratory conditions, about one million virus particles were placed on the self-sterilizing plastic, far more than would be needed to start an infection, said the BBC in its reporting on the research. “It goes from one million viruses down to nothing, and we can see an effect in less than one hour and maximum death in two hours,” Dr Connor Bamford of the school of medicine at Queen’s University Belfast told the BBC.

“To our knowledge this is the first example of a flexible, very thin, photocatalytic plastic film, produced by a scalable process (extrusion), for virus inactivation,” write the researchers in a paper published in the Journal of Photochemistry and Photobiology B: Biology.

The research was conducted by Professor Andrew Mills, Dr Ri Han, and Dr Christopher O’Rourke in the School of Chemistry and Chemical Engineering at Queen’s University Belfast; and Dr Connor Bamford and Dr Jonathon D. Coey at the Wellcome-Wolfson Institute for Experimental Medicine in the School of Medicine, Dentistry and Biomedical Sciences at Queen’s.

The project was funded by the Engineering and Physical Research Council, which is part of UK Research and Innovation.