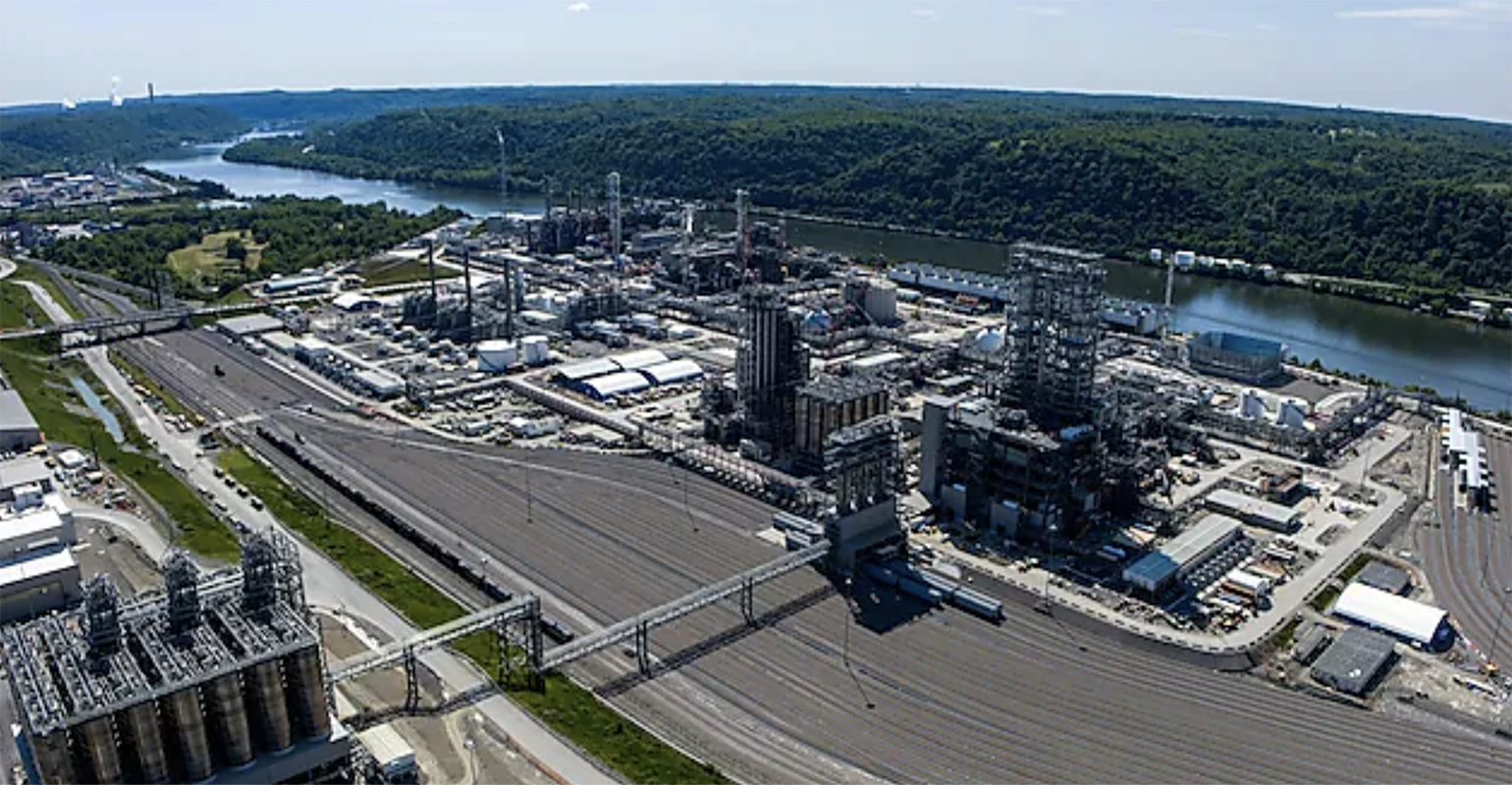 Shell Chemical Appalachia LLC, a subsidiary of Shell plc, has begun to operate its Pennsylvania chemical project called Shell Polymers Monaca (SPM). It’s the first major polyethylene manufacturing complex in the northeastern United States and has a designed output of 3.5 billion pounds (1.6 million tons) annually, which it expects to reach by the second half of 2023.

Strategically located within a 700-mile radius of 70% of the US polyethylene market, SPM occupies 384 acres adjacent to the Ohio River in Beaver County, PA. Construction began in 2017 on what the company said was a $6 billion plant. The complex hosts 600 full-time positions and will have three reactors — two gas phase reactors and a slurry reactor. SPM contracted most of its natural gas feedstock from the nearby Utica and Marcellus basins, two deep natural gas reserves under parts of eight states.

Proximity advantages are not limited to production, because SPM also offers customers shorter supply chains, which translates to increased flexibility and access, the company said. The polyethylene pellets can be used in a variety of products, including common household goods, consumer and food packaging, and industrial and utility products. SPM products will serve customers who manufacture commodity and specialty films, pipe, blow-molded containers, and injection-molded parts.

The SPM startup represents an important step in growing Shell’s chemicals business as part of its “Powering Progress” strategy, the company said. It is participating in value chains closer to end-use customers and using feedstocks that deliver more high-value products while reducing exposure to commodity chemicals over time.

Powering Progress is Shell’s long-term strategy to accelerate its transition to a net-zero emissions energy business, including reducing emissions from operations, from the fuels and other energy products Shell sells to customers, and capturing and storing any remaining emissions using technology or balancing them with offsets.

“Building this world-class facility is a fantastic achievement and one the team can be proud of; it’s a showcase of Shell’s project delivery expertise,” said Huibert Vigeveno, Shell Downstream Director. “I’m proud that in delivering this facility we’ve had a strong and innovative safety focus; invested in the community through employment and education; and helped repair and improve the local environment by remediating a brownfield site. These commitments are core to Shell’s Powering Progress strategy today and will remain so in the years to come.”

Pennsylvania lawmakers awarded Shell one of the largest tax incentives in state history to build the plant — $1.7 billion in state tax credits — estimated to save the company approximately $66 million a year, according to the Beaver County Times. Former Pennsylvania Gov. Tom Corbett and Gov. Tom Wolf both courted Shell to locate in the state. More than 8,500 employees worked to build and commission the complex.