That Was the K That Was 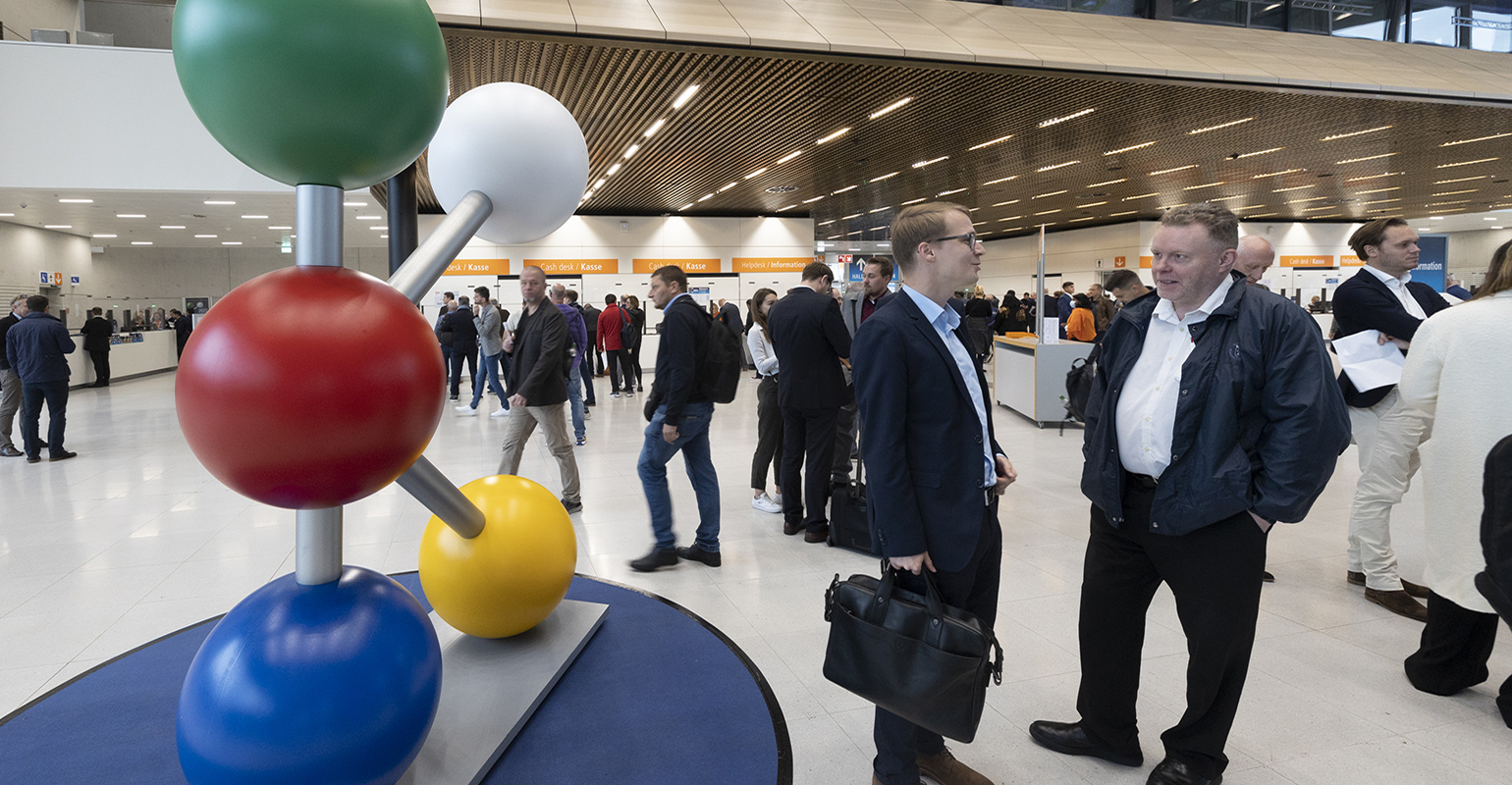 There were great expectations for the first K show since the global eruption of COVID-19. Ulrich Reifenhäuser, Chairman of the K 2022 Exhibitors Council and Managing Partner of Reifenhäuser GmbH, set a high bar at a pre-show press conference, suggesting that this might be the most important K ever.

On day one, Oct. 19, I overheard some exhibitors grumbling about smaller crowds than usual. Of course, the first day of an eight-day show — yes, eight days! — is bound to be the proverbial calm before the storm of activity. By the second day, any anxieties about attendee turnout were swept away. The halls I walked seemed as packed as ever, verging on gridlock in some cases. Nevertheless, the overall numbers released by Messe Düsseldorf at the show’s conclusion fell short of the previous event.

Messe Düsseldorf reported that 176,000 visitors, 70% of whom came from outside of Germany with 42% traveling from overseas, attended the event this year. That was a drop of a little over 20% from the 2019 show. Fewer visitors from East Asia, because of ongoing COVID-related restrictions, and presumably no Russians — none were exhibiting but it’s impossible to know how many, if any, attended the show — accounted for some of that decline. The show organizer stressed, however, that most of the 3,000-plus exhibitors did not lack for quality leads and that plenty of business deals were being negotiated. This was largely borne out at press conferences and by conversations I had with machinery manufacturers and materials suppliers.

Solid financials, with a caveat

Many manufacturers of plastics processing equipment trumpeted solid financials for the first three-quarters of the year, although some grudgingly conceded that price increases rather than sales volume helped to inflate those results. And while business deals flourished — Sumitomo Demag ceremoniously handed over its 80,000th electric machine to TE Connectivity at the show — the euphoria of the moment was tinged by a dark cloud on the horizon. Even as Engel CEO Stefan Engleder expressed confidence about the future, he confessed that incoming orders have declined by double digits in the past few weeks. Germany is Engel’s single largest market, and it is being hammered by soaring energy prices caused largely by Russia’s invasion of Ukraine. Sumitomo Demag CEO Gerd Liebig shared at his press conference that he fully expects a recession in 2023.

Although it may not seem like it for the average US consumer, who is struggling with record inflation and sky-high gasoline prices, North America is seen by many manufacturers as a safe harbor in these turbulent times. It offers the best opportunities for medium to long-term growth, according to Engleder, a sentiment that was echoed by many exhibitors. At the Plastics Industry Association press conference, Chief Economist Perc Pineda opined that he would not be surprised if the growth of the plastics industry surpassed the rise in global gross domestic product next year.

You would be hard-pressed to find a booth at K 2022 that did not push out a sustainability message. Some of it was pragmatic — as energy costs soar, machinery and processes that conserve energy are in great demand — but mostly it was in response to the demands of a circular economy. Some stressed that a commitment to sustainability does not negate business growth: KraussMaffei has built two new plants recently in Germany and China, with two more on the way, but it has pledged that all of its facilities will be carbon neutral by 2030. Moreover, all of its machines will be carbon neutral by 2035.

There were far too many sustainability innovations at K 2022 to mention here — we have written about some of them on our K 2022 news page and will report on others in the coming days. But one initiative I found especially interesting was the R-Cycle Digital Product Passport, which leverages digitalization — another prominent theme at the show — to achieve sustainability goals.

Spearheaded by the Reifenhäuser Group as a cross-industry initiative that is supported by Arburg, Engel, Erema, Illig, and Multivac, among others, the R-Cycle platform enables production equipment to record recycling-relevant data from the moment a package is produced through the value chain and to the end product. This enables sorting facilities to easily identify recyclable packaging, including all of its constituent elements, and build a foundation for recovery of high-quality recyclate and a functioning circular economy, according to Reifenhäuser. The tracing technology goes full circle, from individual film or injection molding lines and processing, packaging, and filling stations to waste sorting and recycling systems. It is based on the GS1 standard, a global network for cross-industry process development.

The focus on sustainability, the circular economy, and energy efficiency was in sync with attendee expectations, noted Messe Düsseldorf in its post-event press release, adding that around 40% of decision makers at the K said they were “dealing with the topic of decarbonization.”

More broadly, while the sector is navigating a tense situation given the unpredictability of global events and their impact on business practices, “this did not dampen exhibitors’ commitment and visitors’ interest,” said the show organizer. Quite the opposite: “Especially now in turbulent times and where the plastics industry is undergoing transformation toward the circular economy, K 2022 was the ideal place to jointly and actively chart the course for the future,” said Reifenhäuser.

We’ll see, perhaps sooner than anyone would like, how that plays out.