Unisex Condom Covers All the Bases 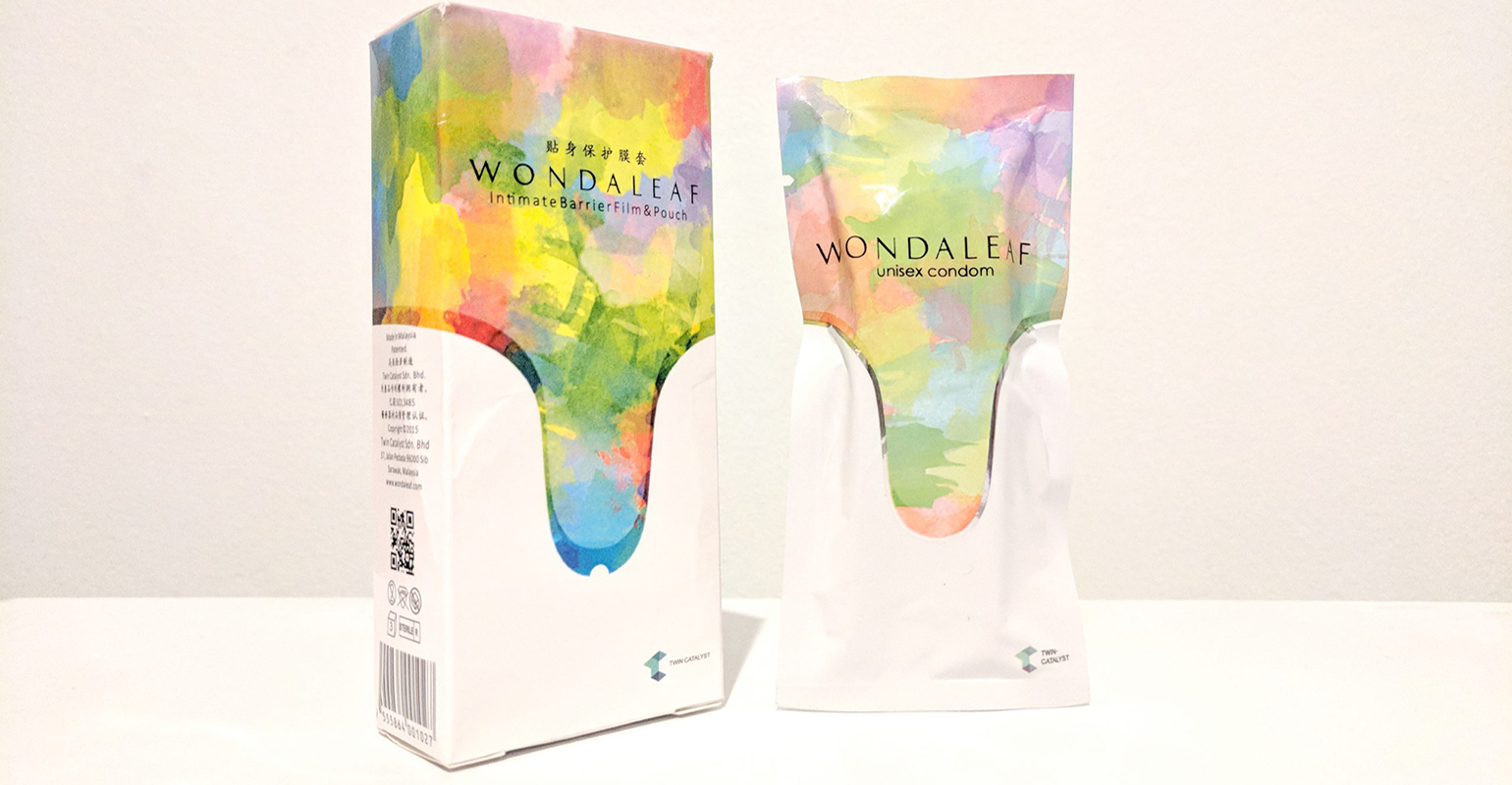 From our plastics make it possible file — introducing the unisex condom. A gynecologist in Malaysia has created a condom that can be worn by males and females. It is made from 0.03-mm-thick polyurethane, which is typically used to make transparent wound dressings.

John Tang Ing Chinh, a gynecologist at medical supplies firm Twin Catalyst, invented the Wondaleaf Unisex Condom. The motivation, he told Reuters, was finding a way to combat the high rates of unintended pregnancies and sexually transmitted diseases and to provide an alternative to the side effects and high cost of hormone-based birth control.

Adhesive is applied to one side of the condom, allowing it to be reversed and used by either sex. It can be attached to the base of a penis and worn externally like a traditional condom, explained design media outlet Dezeen in its reporting on the product. Alternatively, it can be flipped inside out, applied around the vagina and inserted inside.

Because it is made from poyurethane, the Wondaleaf condom is safe to use by people with latex allergies, according to Tang’s website, and the adhesive layer prevents it from slipping off during intercourse. The condom also covers areas adjacent to the penis and vagina, thus preventing contact-based sexually transmitted diseases.

Tang told Dezeen that bringing his concept to fruition proved to be harder than initially anticipated. It had to be comfortable for the user(s), he said, but also easy to manufacture.

The condom needed to be “thin, soft, flexible, tough, and waterproof,” said Tang. The greatest difficulty of all, however, was creating a “non-adhesive third dimension pouch with an integral adhesive shield extending out perpendicularly from the open end of the pouch. The adhesive portion of the unisex condom must be well covered before deployment, and during deployment, it should duly stick to the perineum without wrinkles and not stick onto itself,” he told Dezeen.

Ultimately, Tang worked out the kinks, and the condom has been through several rounds of clinical research and testing showing it to be safe and effective.

The Wondaleaf Unisex Condom currently is only available in Malaysia.