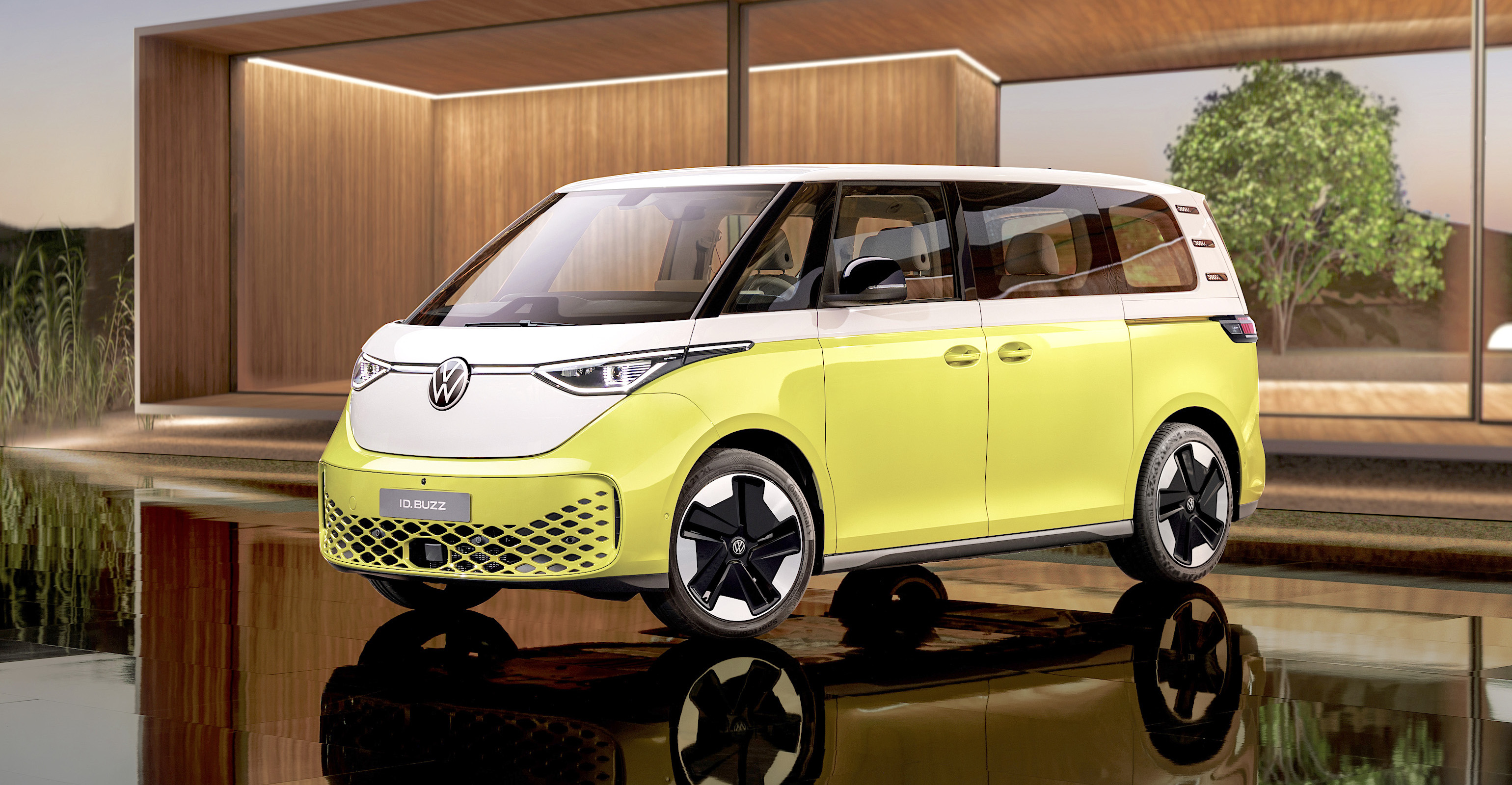 After years of teasing, Volkswagen has finally made the formal announcement of the production version of the hotly anticipated electric version of the company’s classic bus.

Alas, for fans, the wait continues, because the ID.Buzz will arrive in European dealers next year and will not come to the U.S. until 2024.

That is a long time since the first ID.Buzz concept vehicle debuted at the 2017 North American International Auto Show. At least now those would-be buyers will know what they’ll be getting when it finally gets here.

We know the original classic as the VW bus, but the company calls it the T1 and uses that as the frame of reference for the ID.Buzz. “The T1 – an icon of the 1950s – represents freedom and the democratization of mobility,” mused head of Volkswagen design Jozef Kabaň. “With the ID. Buzz, we are transferring the T1 DNA to the present day and thus into the era of electric mobility and sustainability.”

However, he pointed out that VW has sought to avoid producing a nostalgic clone of the original so that the ID.Buzz can be relevant to the grandchildren of the T1 hippie bus’s original fans. “We very consciously ensured that we were not making another T1,” Kabaň emphasized. “The ID. Buzz shows that it is successfully transferring the genes and stylistic elements of that iconic vehicle into the digital era.”

Take a look through our slide show to see whether you think they’ve succeeded and to learn the technical specifications of the ID.Buzz.