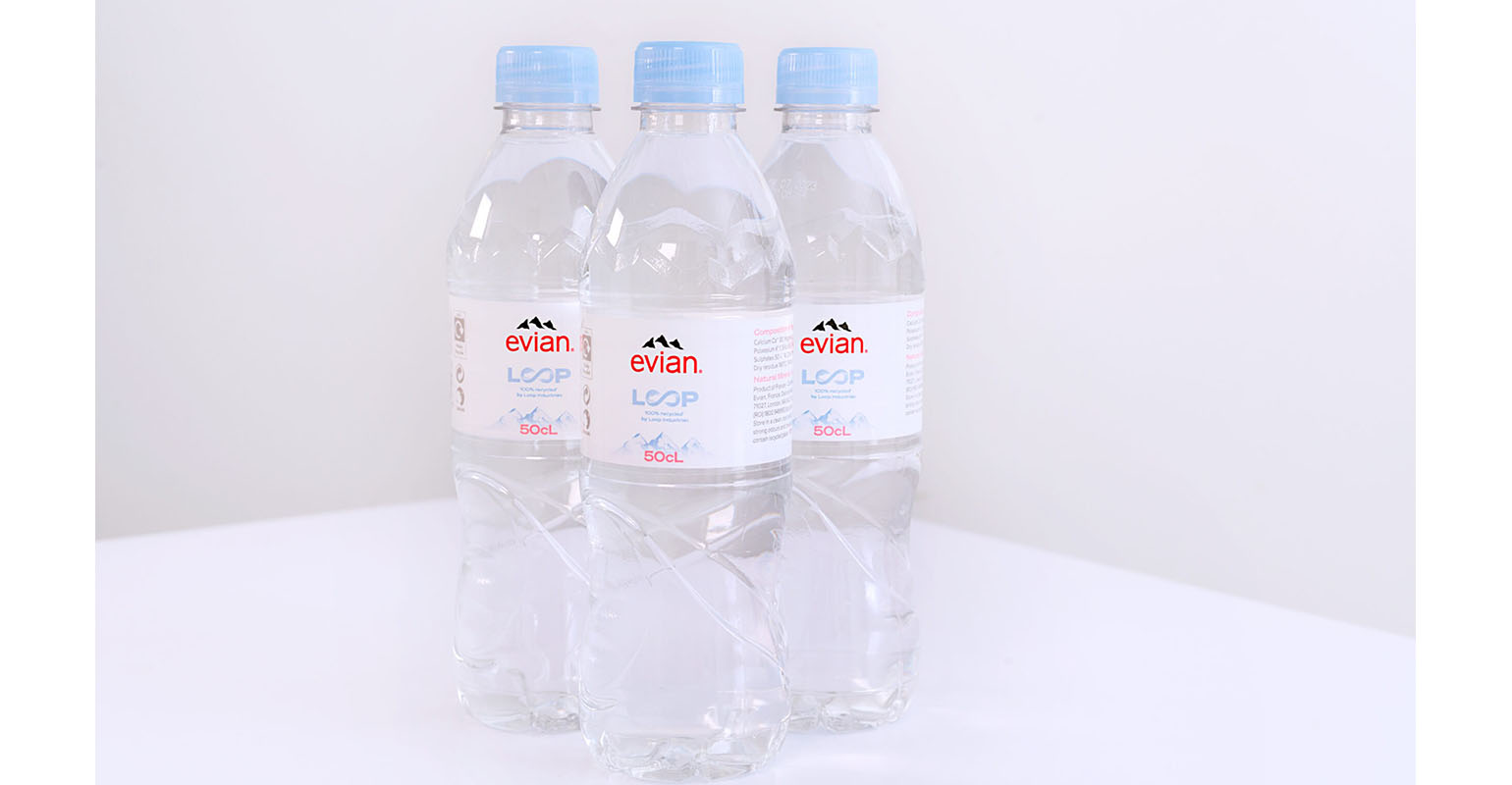 French bottled water company Evian appropriately chose Recycle Week, which runs from Sept. 20 to 26 this year, to move farther along in its journey toward achieving circularity by 2025. In partnership with Loop Industries, the French company has developed a prototype bottle that is made entirely of 100% recycled PET. Dubbed evian Loop, the bottles will be rolled out at commercial scale in South Korea in 2022. They will be introduced in other markets at a future date, said evian in the news release.

The evian Loop bottle is made from plastic waste with little to no value that is broken down into its constituent monomers, which are purified and repolymerized into Loop PET plastic. The technology developed by Loop Industries reportedly can endlessly recycle all manner of PET plastic waste, from gym bags to flip flops as well as ocean, colored, and opaque plastics.

Loop Industries came under some scrutiny last year. In October 2020, PlasticsToday reported on Hindenburg Research, which calls itself a “forensic financial research” company, questioning some of the claims made by Loop Industries. Hindenburg Research notably characterized the company as “smoke and mirrors with no viable technology” based on revelations by former employees.

Evian, which has partnered with Loop Industries for four years, clearly isn’t among the skeptics. The evian Loop milestone, it adds, will bring it one step closer to its 2025 circularity objective, by which time it has pledged to make all of its plastic bottles from 100% recycled plastic, with the exception of the caps and labels.