A team of scientists at Simon Fraser University (SFU) in British Columbia has used inspiration from the Japanese art of origami to develop a portable ventilator that can be 3D-printed.

The solution could help meet the demand for ventilators prompted by the COVID-19 pandemic as well as provide low-cost technology for remote areas of the world or those with limited resources.

The work, led by SFU School of Mechatronic Systems Engineering’s associate professor Woo Soo Kim, uses an intelligent 3D-printed origami tube to drive a low-cost ventilator, presenting an alternative to how typical ventilators work that lowers both its size and its cost, he said. 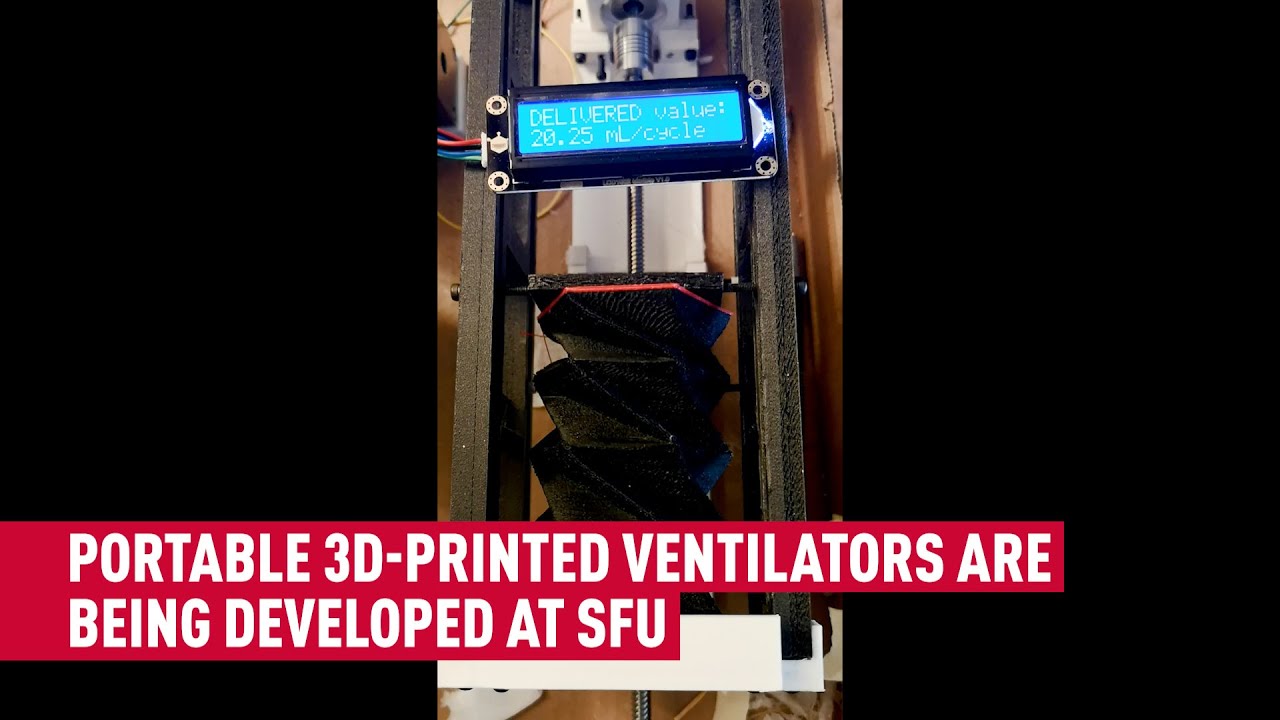 A team of scientists at Simon Fraser University in British Columbia has used inspiration from the Japanese art of origami to develop a portable ventilator that can be 3D-printed.

The portable ventilator assists a person’s breathing by contracting the origami tube rather than compressing a conventional bag-valve-mask (BVM) found in conventional ventilators used in hospitals. Yet it still can work effectively to provide oxygen to patients who need it.

“The active airbag’s volume can be tuned by controlling the triangular angles in the 3D origami-folding plates,” researchers wrote in a a paper on their work in the journal Flexible and Printed Electronics. “Moreover, its volumetric ratio before and after compression is around 85%.”

Another benefit of the device is that the way the 3D origami tube rotates under the compressive force provides advanced functionality. This includes architectured pressure sensing, which confirms the accuracy of detected pressure in the ventilator circuit, they observed.

“In our portable origami ventilator, more than 95% of components can be 3D-printable, that’s why it is really cost-efficient,” he said in a press statement. “Other portable ventilators can cost over $2,000, but our 3D-printed ventilator can be produced for about $200.”

In addition to the paper, researchers also posted a video on YouTube demonstrating the ventilator and describing the research.

Kim envisions the ventilator being useful for treating COVID-19 patients or patients who need a compact and transportable device outside of hospital settings, such as long-term care homes or in remote rural areas and developing countries, he said.

The SFU team has partnered with Vancouver-based ventilator manufacturer Pantheon Design and Delta-based 3D-printing company Tinkerine to produce the portable ventilators. Researchers also have received support from the Alliance program of the Natural Sciences and Engineering Research Council of Canada (NSERC) as part of plans for mass production of the devices.

Elizabeth Montalbano is a freelance writer who has written about technology and culture for more than 20 years. She has lived and worked as a professional journalist in Phoenix, San Francisco and New York City. In her free time she enjoys surfing, traveling, music, yoga and cooking. She currently resides in a village on the southwest coast of Portugal.