Ethylene is a natural gas that is used in the initial stages of the low density polyethylene (LDPE) manufacturing process. Most of the ethylene is stored in a cracking plant where it is byt the steam cracking of naphtha and carried by pipeline to a polymer plant. 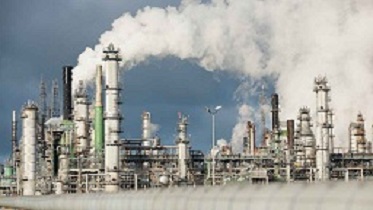 The ethylene is cooled, compressed and then placed into a reaction vessel where, at 320 degrees Fahrenheit, the polymerization process begins.

In this process. about 20% of the ethylene gas is converted polyethylene. The remaining ethylene can be recycled for further use.

The cool pellets are placed in a container where the water is removed and then added to a tower that will dry the newly formed material. After screening for any anomalies or fines by an air streaming process, the Low density polyethylene (LDPE) is removed and stored.

Eventually, the LDPE will be packaged in bags and shipped out to manufacturers where the material will be remelted and fashioned into finished products.

Sinopec, ExxonMobil and LyondellBasell are the top three LDPE producers globally, accounting for a approximately 18% of worldwide capacity in 2016. And while new polymers threaten the dominance of low density polyethylene, it is still regarded and employed as an important grade of plastics. Indeed, projections forecast of LDPE growth at an annual rate of 2.8% during 2016–21.