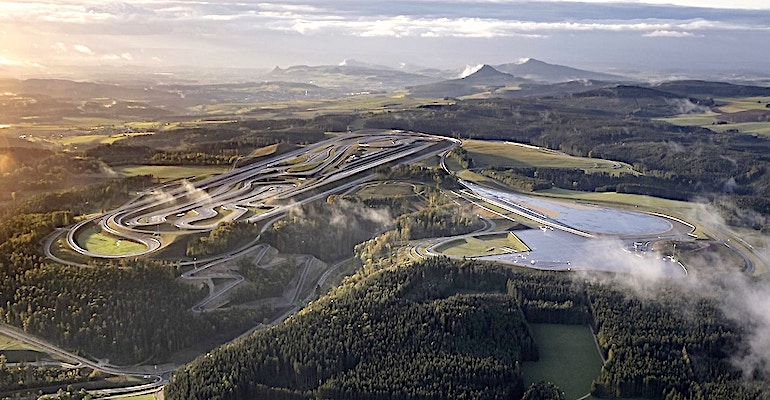 “It really is a perfect place for engineers,” obverved Mercedes-Benz electric drive special projects engineer Julien Pillas as we toured the Immendingen Testing and Technology Center. It lies in the foothills of the Swiss Alps, about 80 miles south of the company’s Stuttgart headquarters, almost at the Swiss border.

The 1,300-acre plot of land was the home of the German Army’s 292nd Panzer Grenadier Battalion during the Cold War. But as that seemingly wound down, the battalion moved out and Mercedes moved in.

The company spent more than $200 million converting the former war game zone into a facsimile of various kinds of driving environments with 43 miles of roads. These include a variety of different driving conditions such as long-distance journeys, off-road circuits, hilly terrain, braking tracks, or urban circuits, which means many prototype test drives have been moved from the public streets to the test center in Immendingen. There is even a section with 30 huge fans to test vehicles in strong cross wind conditions.

The high-speed oval is similar to the ones at other test tracks, with parabolic banking that lets cars run a top speed all the way around the oval for high-speed endurance tests. Mercedes employed the oval track to create an artificial traffic jam so that I could experience the company’s SAE Level 3 driver assistance system in the EQS EV. Regular roads twist through the hilly terrain, making driving on them indistinguishable from driving on the rural roads outside the test center.

Having all these conditions in one location and conveniently near the engineers’ on-site offices explains why Pillas is so happy to have access to such a facility for vehicle development.

Mercedes describes this specific portion of the proving grounds: