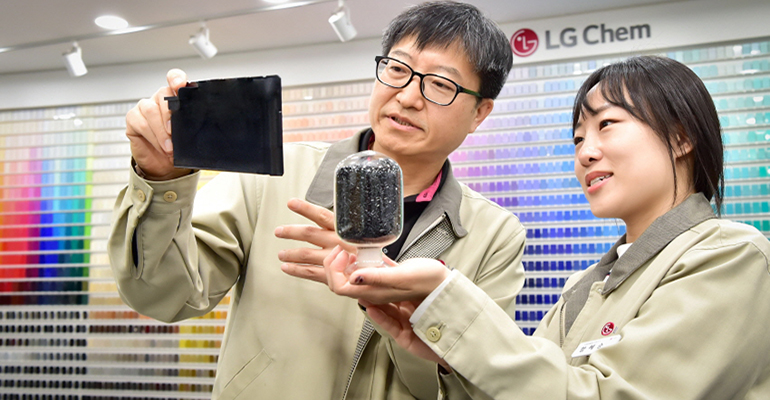 There is a lot of chatter about electric car batteries catching on fire, even though the jury is very much out on the heightened fire risk of electric-powered cars compared with conventional vehicles. As is often the case, however, perception can trump reality. The recent Felicity Ace fiasco has added fuel to the fire, if you’ll pardon the expression. The ship was transporting some 4,000 vehicles, many of which were battery electric vehicles (BEVs), when it caught fire off the shore of Portugal and sank. It has not been firmly established that the BEVs were the cause, but speculation has run rampant. In this environment, building a better battery has become the prime directive of a number of companies. Korean Chemicals giant LG Chem announced today that it has achieved this goal with the development of a flame-retardant engineering plastic that, the company claims, can delay thermal runaway of electric vehicle batteries longer than any other technology on the market.

Thermal runaway is said to be a main cause of fire in electric vehicle batteries. It occurs when the lithium-ion cell generates heat at a rate several times higher than the rate at which heat dissipates from the cell, explains Underwriters Laboratories. As a result, the lithium-ion cell enters an uncontrollable, self-heating state, a sort of feedback loop. Compounding the potential risk, lithium-ion batteries are highly reactive to water, making them difficult to extinguish with water in case of fire.

Compared with other flame-retardant plastics, the new material can block heat for longer periods of time when it is applied to the electric vehicle’s battery pack cover, said LG Chem, parent company of the world’s second largest EV battery manufacturer, LG Energy Solution. Material properties also include dimensional stability when exposed to extreme temperature changes. The material can block flame propagation caused by thermal runaway for more than 400 seconds above 1,000°C. This is 45 times better than general flame-retardant plastics, according to LG Chem.

LG Chem plans to begin full-scale production in 2023. It is currently filing for patents in Korea, the United States, and Europe. Depending on the battery pack cover supply, the company said it plans to expand applications of the material in the automotive and other sectors.