Plastics Manufacturing: In Search Of A New Paradigm

Plastics manufacturing is the workhorse of the modern economy. Their popularity has kept the industry growing for 50 years, with global production surging from 15 million metric tons in 1964 to 311 million metric tons in 2014. If business proceeds as usual, this number is projected to double to more than 600 million metric tons in the next 20 years. Yet functional benefits come at a price. Plastic packaging, especially, is the quintessential single-use product: it represents a quarter of the total volume of plastics, and around 95 percent of the value of plastic-packaging material (worth some $80 billion to $210 billion annually) is lost to the economy. And while its intended useful life is typically less than a year, the material lives on for centuries. 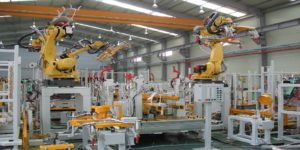 A new report by McKinsey, the Ellen MacArthur Foundation finds that applying circular-economy principles to global plastic-packaging flows could reshape the material’s economy. In particular, it could drastically reduce negative externalities—valued conservatively by the United Nations Environment Programme at $40 billion such as “leakage” into oceans as plastics escape established waste-collection systems. Today, almost a third of all plastic packaging leaks, with about 8 million metric tons annually polluting oceans.

The new report explains that plastics manufacturing improvement efforts to date are highly fragmented and subscale. Urgent action is needed to move the industry into a positive spiral of value capture, stronger economics, and better environmental outcomes. The report explains how stakeholders evolve toward a “New Plastics Economy” with three main ambitions:

Even with today’s designs, technologies, and systems, these ambitions can be at least partially realized. For example, one recent study found that 53 percent of plastic packaging in Europe could today be recycled “ecoefficiently.” While the exact figure can be debated and depends on, among others, the oil price, the message is clear: there are pockets of opportunities to be captured already—and even where not entirely feasible today, the New Plastics Economy offers an attractive target state for the global value chain and governments to collaboratively innovate toward.

Redesigning materials, formats, and systems; developing new technologies; and evolving global value chains requires a new approach to achieve a systemic shift toward improving plastics manufacturing and a New Plastics Economy. A coordinating vehicle is needed to drive this, with an initial focus on establishing a global plastics protocol and coordinating large-scale pilots and demonstration projects, mobilizing large-scale “moon shot” innovations (such as developing “bio-benign” materials and polymers with superior recyclability), developing insights and building an economic and scientific evidence base to better understand material flows and economics of various solutions, engaging policy makers and providing them with a tool kit to better assess policy options, and coordinating and driving communication across the various stakeholders acting along the global plastic-packaging value chain. We understand that creating a new paradigm for plastics manufacturing involves work and the understanding that this won’t happen overnight. But the time to start is now.

Download the full  plastics manufacturing report on which this article is based, The new plastics economy: Rethinking the future of plastics (PDF–2.94MB).