Reflecting on a Frenetic 2021 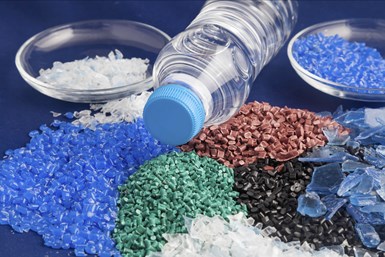 It’s that time of year again: When the grizzled (at least in my case) and sometimes grisly (just speaking for myself again) editorial staffers reflect on some cool stuff that happened over the year. Here’s my two cents:

Busy, busy, busy: Over the course of the year, I don’t think I’ve spoken to one company—supplier or processor alike—that wasn’t busier than ever. Many equipment suppliers—both primary and auxiliary—are categorizing 2021 as a record year, supply chain issues notwithstanding. Two weeks ago, I was in the company of more than a dozen machinery executives. I asked four of them, “What’s driving all this growth for you? Are your customers expanding? Are they finally putting older machines out to pasture?” All answered the same way: “It’s everything.” Literally every week I get press releases from processors (and suppliers, for that matter) announcing plant expansions. Some are buying warehousing space, perhaps suggesting a shift from JIT manufacturing strategies.

Automate or Die: These words were first uttered by the legendary Robert Schad decades ago while he was at the helm of Husky Injection Molding Systems. Not everyone took heed. In fact, for many years the North American processing market was behind other nations in the race to embrace automation. Not anymore. For sure, the ongoing problem of attracting workers in manufacturing is partly the reason more processors are automating. But another ongoing problem—the pandemic—is another, as companies could not be sure the employees they had on the payroll would be willing or able to show up.

Industry 4.0: Ready for Prime Time? Have you noticed a bit of a shift in the way in which the value of “big data” is being promoted to processors? I have. Originally, the perception was that Industry 4.0-ready equipment was aimed at larger companies who could more readily afford investing in all new data-gathering machines. Now, though, machine builders are working harder on systems that can be integrated into existing equipment. The next obstacle: What does a processor do with all this data? How can it be used to help them make more money? A few processors I’ve spoken to have actually brought on data scientists to help them sort through all this.

But is it Sustainable? There has been a tremendous amount of activity in this area, and I feel we are only at the iceberg’s tip. Resin companies are developing more “earth-friendly” polymers. Processors are utilizing new techniques to scrimp on material consumption without sacrificing properties. More and more we are seeing all-PE, multi-layer films replacing more complex, multi-material structures for pouches and other products. We are seeing a tremendous amount of investment in chemical recycling. No, our industry is not tossing bottles, bags, etc. into the ocean. But make no mistake: our industry will have to take the lead to develop solutions.

A New Trade Show. Two years ago I though a zoom was a feature on a camera lens. Now remote meetings have become the norm (I refuse to use the term new normal). In some respects, this is a good thing. Why send 10 engineers from 5 different locations to a meeting at corporate HQ to review technical specs and drawings of new lines you’re buying when you can accomplish the same exact thing on a video call. More efficient, much less expensive. Trade shows? Another story. Folks in our business still like to see new stuff humming and whirring. That’s not just me talking. You, in surveys you’ve replied to sent by us here at Plastics Technology and our sister pub MoldMaking Technology, told us so. And we responded by launching PTXPO, which will debut March 29-31 in Rosemont, Ill.