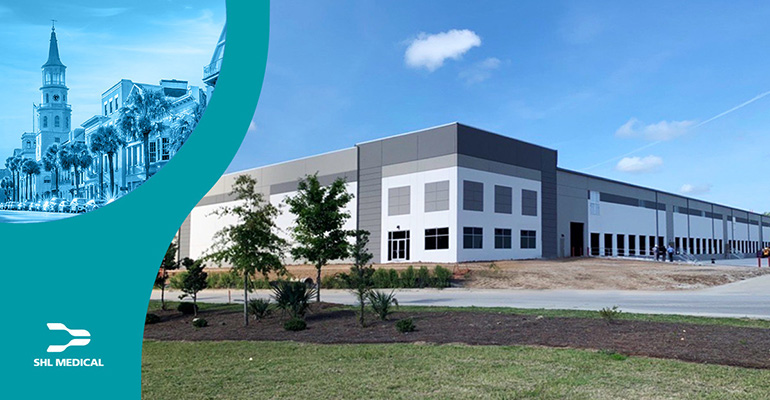 Switzerland-based SHL Medical has revealed plans for a new US manufacturing site in response to growing market demand for its autoinjector portfolio.

The facility will be located in North Charleston, SC. With an initial investment of $90 million, SHL is expected to create around 165 local jobs. The approximately 25,000-square-meter (270,000-square-foot) plant is expected to be operational by 2024.

The South Carolina site will be an advanced facility with medical device injection molding and fully automated assembly capabilities. Together with SHL’s current final assembly, labeling, and packaging operation in Deerfield Beach, FL, the expanded manufacturing capabilities in the United States will further cement delivery of its comprehensive services to its North American partners, said SHL.

In 2019, SHL developed a long-term strategy in response to growing autoinjector demand and to meet future manufacturing needs. This announcement aligns with the company’s ongoing expansion. SHL is also building a manufacturing site in Zug, Switzerland, where it is headquartered. Construction of that site is scheduled for completion in 2024.

SHL was founded in 1989 by a pair of Swedish entrepreneurs, Roger Samuelsson and Martin Jelf. The company launched its first autoinjector in 1996. The company headquarters was established in Zug in 2018. Design and development work currently is carried out in Taiwan, Sweden, and the United States. Manufacturing is performed in Taiwan (and soon in Switzerland); the facilities in the United States also conduct final assembly, packaging, and labeling.

Commenting on the new site in North Charleston, company Chairman and CEO Ulrich Faessler said that a significant increase in demand for SHL’s products precipitated construction plans for a new US plant. “Similar to our upcoming European site in Zug, the US site will be a state-of-the-art, fully automated site. This expansion signifies SHL’s pledge to our advanced manufacturing strategy that will support our sustainability goals,” he said. It will also mitigate risk related to recent supply-chain issues by bringing production closer to customers, Faessler added.