The Duplicity of Plastic Bag Bans Called Out by YouTuber 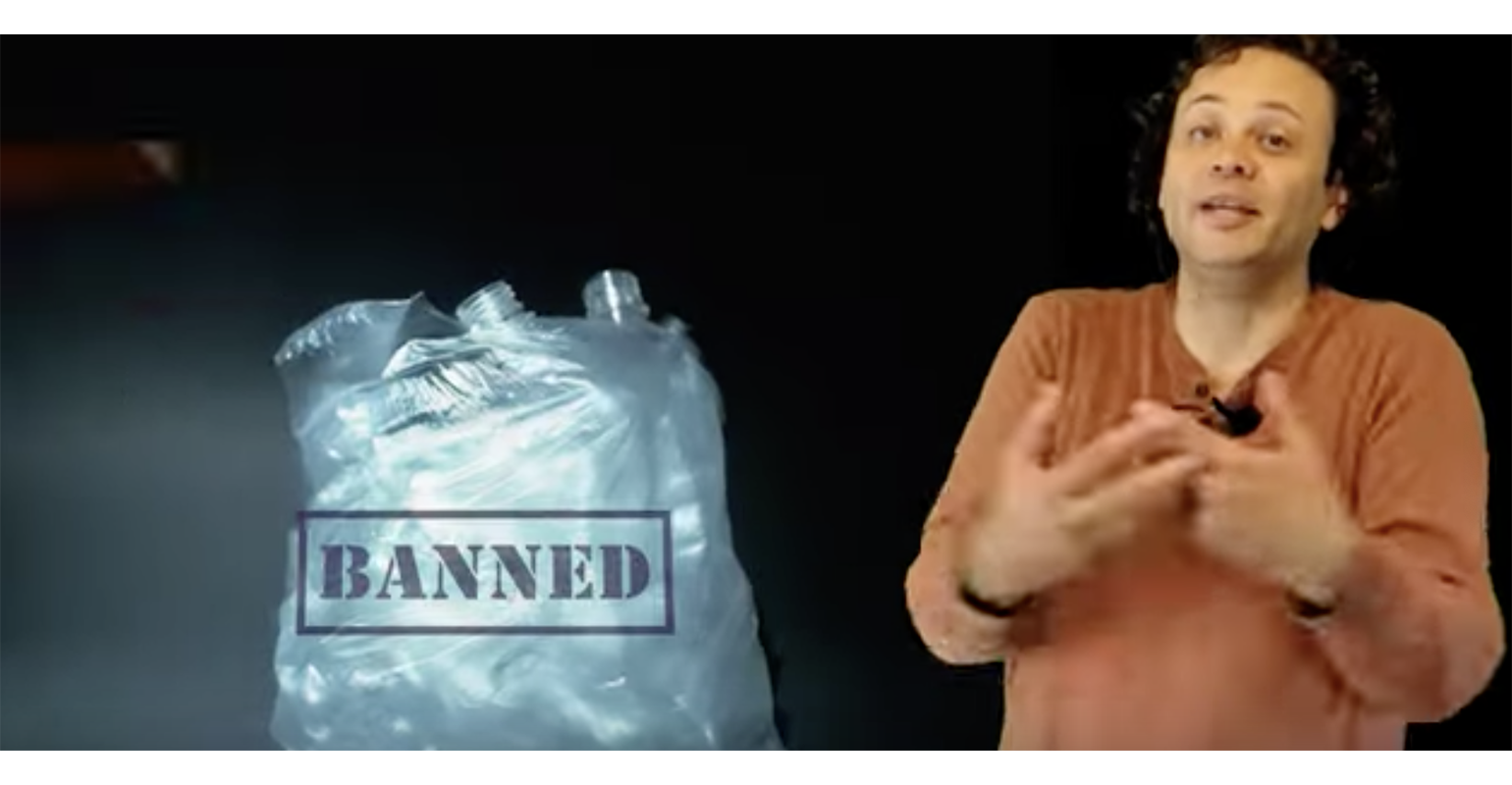 Popular software engineer, entrepreneur, and YouTuber CodeMonkey Mike has done a bang-up job of researching and presenting the hot topic of plastic bag bans in an engaging Youtube video.

Greeted with antipathy in some areas of the country, demanded by residents and politicians in others, while generating little more than a yawn elsewhere, plastic bag bans are put to the test by Mike. His charming and inquisitive delivery all but invites viewers to dive into the research and confirm the facts for themselves. Couched in subtle humor but with requisite data, he speaks truth to plastic bag bans and how detrimental they can be to the communities that adopt them.

Providing considerable credence to the case is the humorous yet respectful way he treats both sides of the debate. Clearly a first-rate researcher possessing the technical gravitas to dig where others can’t or won’t, his long hours of numbers-sleuthing have yielded a plethora of damning findings for those who support bag bans. He also subtly challenges the audience to probe deeper and not simply accept the word of a YouTuber.

One minor peeve: Mike’s sentiment about large manufacturers getting rich off the backs of the average consumer comes across as a bit of a whine. It may simply be part of his schtick, but it doesn’t take away from the fact that this is classic free-market capitalism.

Unintended consequences of plastic bag bans and the fees that accompany them should be known before the bans are implemented. The big bad manufacturer is not to blame if the policymakers implementing new regulations fail to do their jobs by researching outcomes ahead of time. How often our politicians get this part wrong. Plastics producers have been taking it on the chin from the green movement in recent years and are simply leveraging market forces, not taking advantage of the consumer.

And note the boomerang effect he unpacks: When communities across the United States adopted bag bans, the sale of other types of plastic bags skyrocketed. Consumers that depended on their trusty plastic grocery bags now had to purchase plastic bags for small trashcan liners, dog poop, gym-bag bags (you know, for those wet, smelly workout clothes), and ersatz lunch bags.

Obviously, this defeated the whole purpose of the bans. As Mike states, “California communities with bag policies showed that 4-gallon bag sales went up from 55% to 75%, and 8-gallon bags shot up from 87% to 110%!” Duplicity at its best.

Mike’s fair treatment of both sides of the discussion is commendable. While the negative effects of bag bans from New York and New Jersey to California vastly outweigh any perceived benefits, he doesn’t shy away from stating that bag bans do have their advantages, depending on the political landscape in a specific locale.

For example, he makes a clear argument that those who disdain plastic litter and are not so concerned about CO2 emissions should opt for paper — less plastic litter and the paper degrades faster, albeit with greater GHG emissions. However, while plastic bags are four times more environmentally friendly than paper bags, plastic bags clog streets, waterways, and recycling machines. Many MRFs don’t accept plastic bags for recycling unless they are shipped properly bundled in bales.

Presenting head-spinning numbers at a firehose pace, the 15-minute video seems to go by in five. The trance-inducing pseudo-ninja arm movements notwithstanding, his presentation of “just the facts, Ma’am” is as amusing as it is enlightening. His tongue-in-cheek delivery belies a subtle sense of humor that helps the medicine go down easier for ban supporters and intimates that he knows more than he’s letting on. Care to debate him?