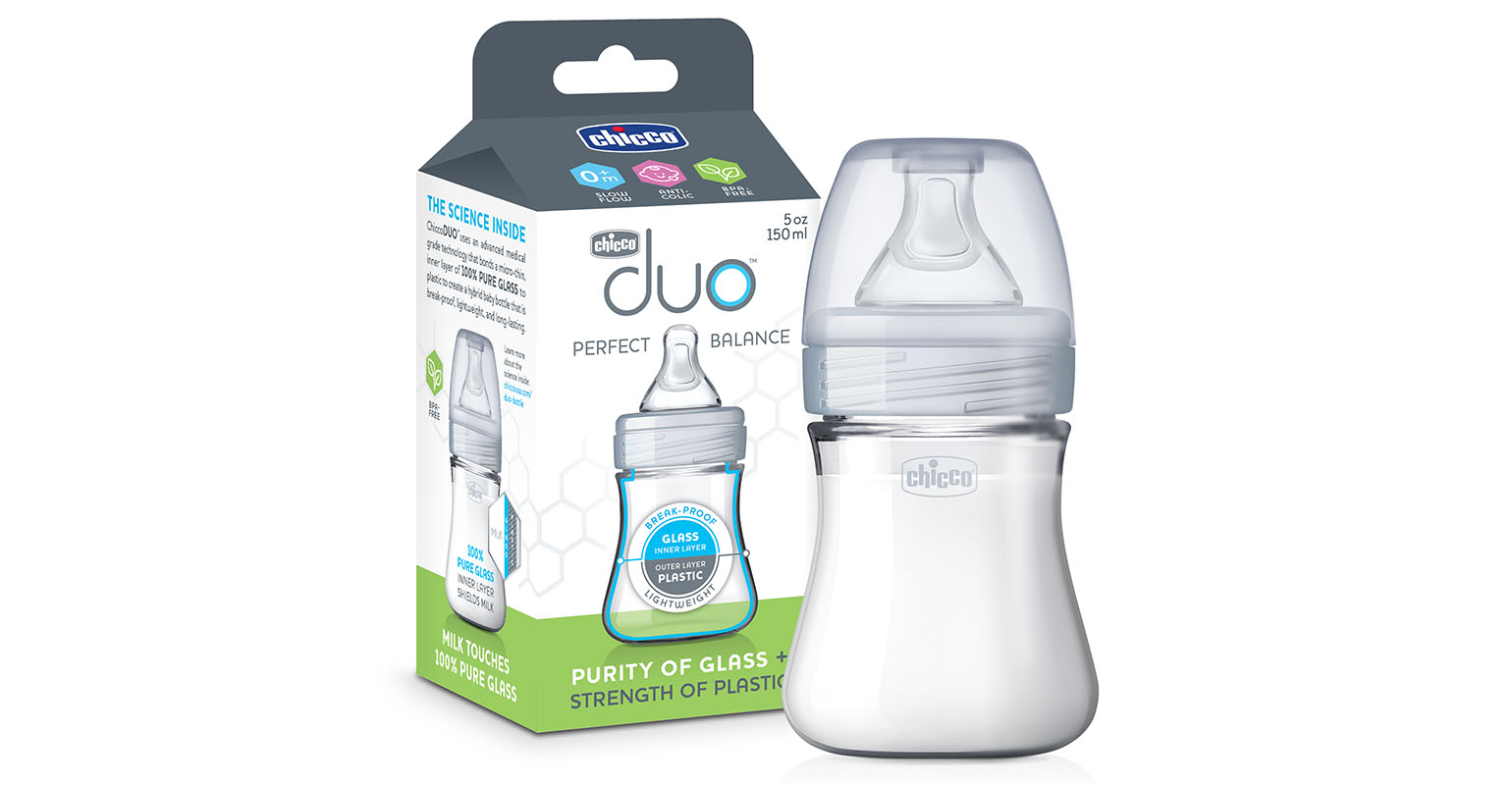 Plastic or glass? That is the question for many new parents choosing a baby bottle. Glass is easier to clean and can be heated without having to worry about chemicals leaching into the milk — the science behind that claim may be questionable, but there is no doubt that it is seen as a concern among consumers. Plastic, on the other hand, won’t break and is lighter. A hybrid bottle developed by Chicco solves that dilemma by bonding a thin layer of unbreakable glass to an outer layer of plastic. The ChiccoDuo Hybrid has reaped numerous awards since it was launched in April 2021. This week it was named to Time magazine’s list of the 100 Best Inventions of 2021.

By bonding micro-thin layers of Invinci-glass to an outer plastic layer, the milk is shielded from touching the plastic, but the hybrid design results in a bottle that will not break, shatter, chip, stain, or harbor odors or an aftertaste, said Chicco, a maker of baby products based in Italy that is part of the global Artsana corporation. The premium plastic is BPA-, BPS-, PVC-, and phthalate-free, said Chicco, and is dishwasher, bottle warmer, and sterilizer safe. (The company does not identify the polymer in its literature, but the options are quite limited given the material’s properties and its transparency.)

The combination of Invinci-glass and plastic is used in syringes and other medical products. The technology was developed by materials science company SiO2, based in Auburn, AL. Chicco said that its partnership with an unnamed major medical technology company enabled it to “engineer an elevated baby bottle design.” Indeed, the launch of the ChiccoDuo Hybrid was delayed “when the technology was used to make vials for Moderna’s COVID-19 vaccine,” reported Time.

In addition to being named one of the 100 best inventions of the year by Time, the ChiccoDuo Hybrid has received awards from Good Housekeeping, the International Design Awards (IDA), and Fast Company.